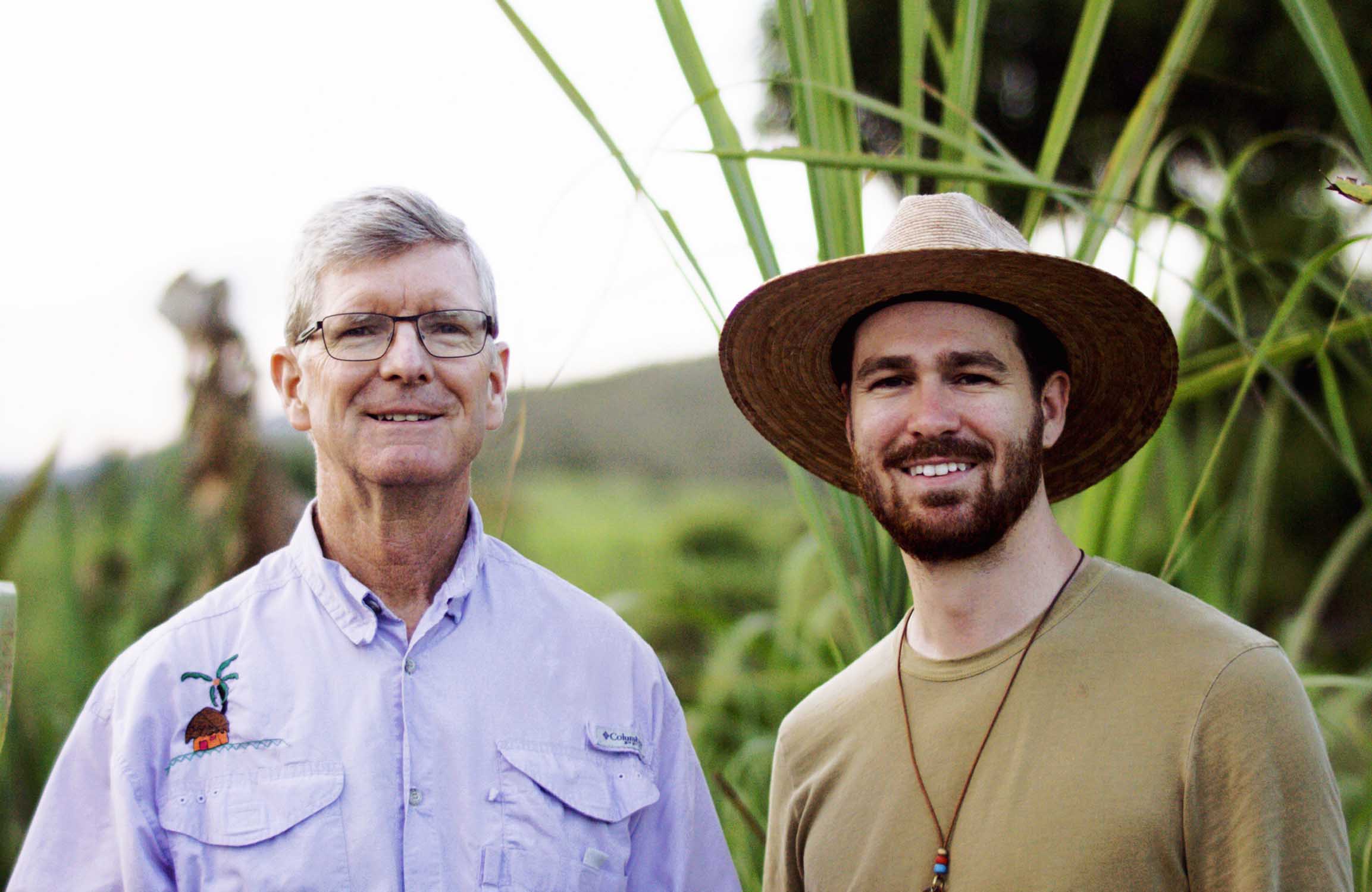 Saint Benevolence was founded by Calvin and Chase Babcock in 2017 as a means of merging their love of Caribbean rum with the charitable endeavors the father-son team have made to the island nation of Haiti over the last four decades. The town of Saint Michel de l’Attalaye is the epicenter of their charitable work, and is also well regarded for their Rum Clairin, a terroir-driven agricole-style rum popular throughout Haiti. The ubiquitous sugarcane farms and Clairin distilleries in Saint Michel inspired Calvin and Chase to start Saint Benevolence as a way to share unique Caribbean rums and their passion for charity with people beyond the Haitian borders.

Calvin made his very first trip to Haiti after graduating college in 1979, as a part of a construction team tasked at building a nurse’s dormitory. The country made a dramatic impression on him, and over the years that followed he made several return trips to aid in the construction and development of local community infrastructure.

In 2002, building upon years of dedicated nonprofit work with Habitat for Humanity and his commitment to Haiti, Calvin founded Living Hope Haiti alongside Saint Michel-native, Reverend Gueillant Dorcinvil. The following year, Calvin brought a teenaged Chase to Haiti for the first of many father-son trips in support of Living Hope’s nonprofit work. Through Living Hope Haiti, Saint Benevolence works closely with longstanding nonprofit partners Ti Kay and Innovating Health International, both of which are dedicated to dramatically improving the quality of life for people living in the poorest country in the Western Hemisphere.

Join us in the spirit of charity and Drink to Goodness.

½ of a persian cucumber

Rim glass with salt. Slice cucumber and muddle in the bottom of glass with lime juice. Fill glass with crushed (nugget) ice. Add mezcal and top with soda.